A new combination store will take the place of Academy Sports at the Village at Lee Branch shopping center.

Retail Specialists, which leases the center, said that a combo store consisting of Dick’s Sporting Goods and Golf Galaxy side-by-side will take the prominent space where Academy Sports is soon to close.

It will be the first and only such store in Alabama. The new store will have separate entrances for each brand, with Dick’s Sporting Goods taking 47,000 square feet and Golf Galaxy occupying 24,000 square feet.

It was a true team effort to accomplish this deal.

“It was a true team effort to accomplish this deal. We want to recognize Greg Hess of The Shopping Center Group, who represented the tenant, and the Dick’s team for their efforts,” said Beau Young, Executive Vice President at Retail Specialists. “We welcome this addition and new offerings to our consumers that currently enjoy an already successful shopping center.”

Dick’s Sporting Goods and Golf Galaxy will replace the Academy Sports + Outdoors at The Village at Lee Branch, the leasing and management company for the shopping center said today.

Dick’s Sporting Goods will occupy about 47,000 square feet of the current Academy space, and Golf Galaxy will take up the remaining 24,000 square feet, according to Retail Specialists.

Academy Sports confirmed in late January it will be closing its 71,000-square-foot store at The Village at Lee Branch by the end of March, and discount sales began immediately.

The Birmingham area will be getting a new concept for Alabama – a combination Dick’s Sporting Goods and Golf Galaxy, side-by-side.

Retail Specialists, the leasing and management company for the Village at Lee Branch shopping center on U.S. 280 South, announced today that Dick’s and Golf Galaxy will fill the space currently occupied by Academy Sports + Outdoors on Doug Baker Boulevard. It is expected to close in March. 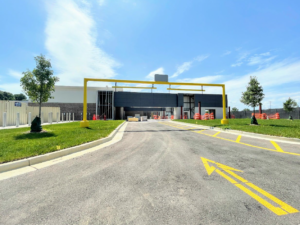 Retailer Update: Does your Walmart have a Market Fulfillment Center? 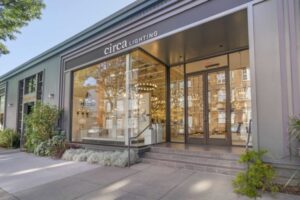 Circa Lighting Opening Showroom in Homewood 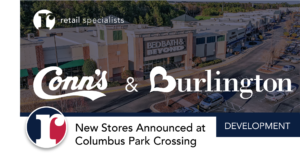