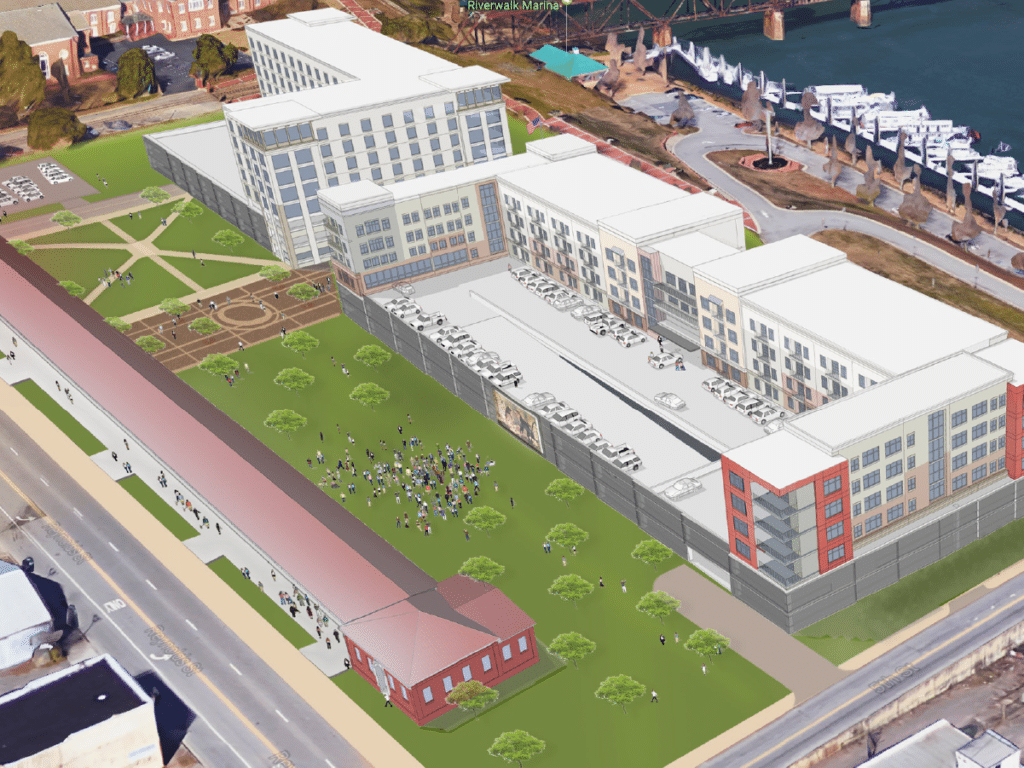 Bham developers team up for $94M project in Augusta 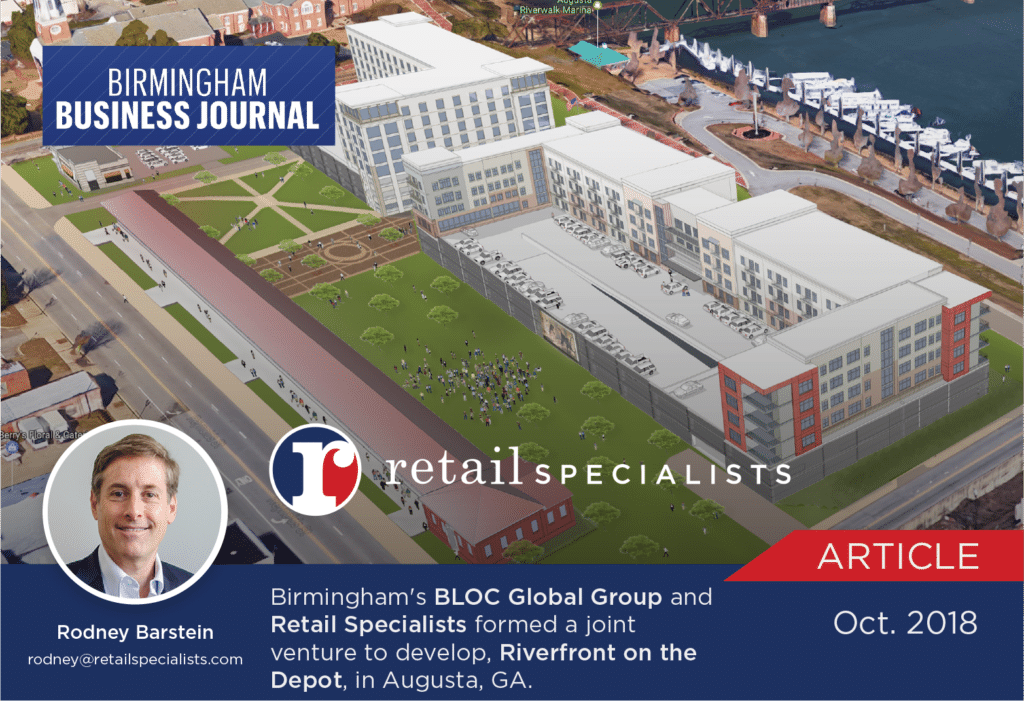 Bham developers team up for $94M project in Augusta

Two Birmingham real estate firms will be a part of a transformative project in Augusta, Georgia.

Birmingham’s BLOC Global Group and Retail Specialists formed a joint venture known as Augusta Developers LLC and are planning a $94 million project in downtown Augusta. Dubbed “Riverfront at the Depot,” the project will entail redevelopment of a 6.2-acre parcel containing a historic train depot.

The Riverfront at the Depot is expected to help anchor the east side of downtown Augusta and to continue ongoing revitalization and redevelopment activity. Current plans for the project include redevelopment of the 16,000-square-foot depot structure for retail space, 140 apartments, 5,000 square feet of retail space, a 100,000-square-foot Class A office building and much more.

“I have attended the Master’s Golf Tournament in Augusta on a regular basis since 1994 and had never been to downtown Augusta until three years ago,” said Michael Carpenter, a principal with BLOC Global Group.

“At the insistence of our partners with Retail Specialists and Margaret Woodard, executive director for the Downtown Development Authority (DDA,) we visited the downtown area and quickly recognized that there was untapped potential for real estate development.”

The project includes $14 million from the city and county as well as state and federal historic tax credits, according to information from Augusta Developers LLC.

“We have been working the Augusta downtown retail market for over six years,” said Rodney Barstein, executive vice president with Retail Specialists.

“We have identified the downtown area as being underserved and the opportunity to develop a multi-use development on this historic property is tremendous. When we complete the project, we expect that the residents of Augusta and Richmond County will see this as a landmark for the region for many years to come.”

For more details and insight into this exciting project: