A VPN is an essential component of IT security, whether you’re just starting a business or are already up and running. Most business interactions and transactions happen online and VPN

Pell City Developers LLC is managed by Rodney Barstein of Retail Specialists, Inc. and Jacob Shevin, President of Standard Furniture. Barstein is part owner of the Pink Petal/Always Money eastern portion of the center that adjoins this newly purchased center. “It has been difficult operating and managing our end of the center when the balance of the center has not been updated for years” said Rodney Barstein,   “By purchasing the balance of the center, the goal is to make the front look uniform and make it something that people in Pell City will be glad to have in their city”.

“Pell City is a market that we have always viewed as an opportunity for a new store. We have been advertising for years in the area and customers have been travelling to our Talladega and Leeds stores” said Jacob Shevin, President of Standard Furniture Company, Inc. “Now these customers will not have to travel as far and we can introduce our quality furniture and outstanding prices to the rest of Pell City and surrounding areas”, Shevin added. “We plan on hiring 8 new employees to get things started.”

With the addition of Standard Furniture, the 21,000 square foot building currently has a 6,000 square foot vacancy.  While current prospects are not disclosed, the leasing company has gotten interest according to Hamilton Huber, leasing agent and property manager for Birmingham based Retail Specialists, Inc.

Renovations will begin in late November with completion scheduled for late January 2015. Construction will be handled by Goodgame Company Inc. of Pell City. Lovejoy Realty represented the Seller in the transaction and Retail Specialists, Inc represented the buyer. 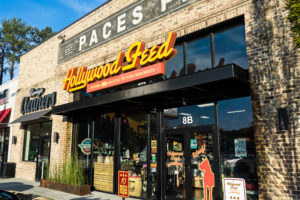 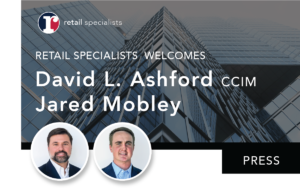